The Wyrd project has continued throught 2021 with further explorations into the weird and wonderfull world of weaving and experimental digital technologies.

Much of the time has been spent on researching handweaving and ways to generate weaving drafts through different means that can be used while working with a loom.

The result are a few experimental weavings and a website.

The website, which can be found at www.wyrddrafts.org, is very much in its infancy but it is the early stages of a platform where experimental digital weaving tools as well as words and other forms of media can be published.

The project has been supported by The National Swedish Handicraft Council

There are currently two different tools one can explore. One generating shaft loom drafts, and another that can be used in narrow band or rigid heddle weaving. 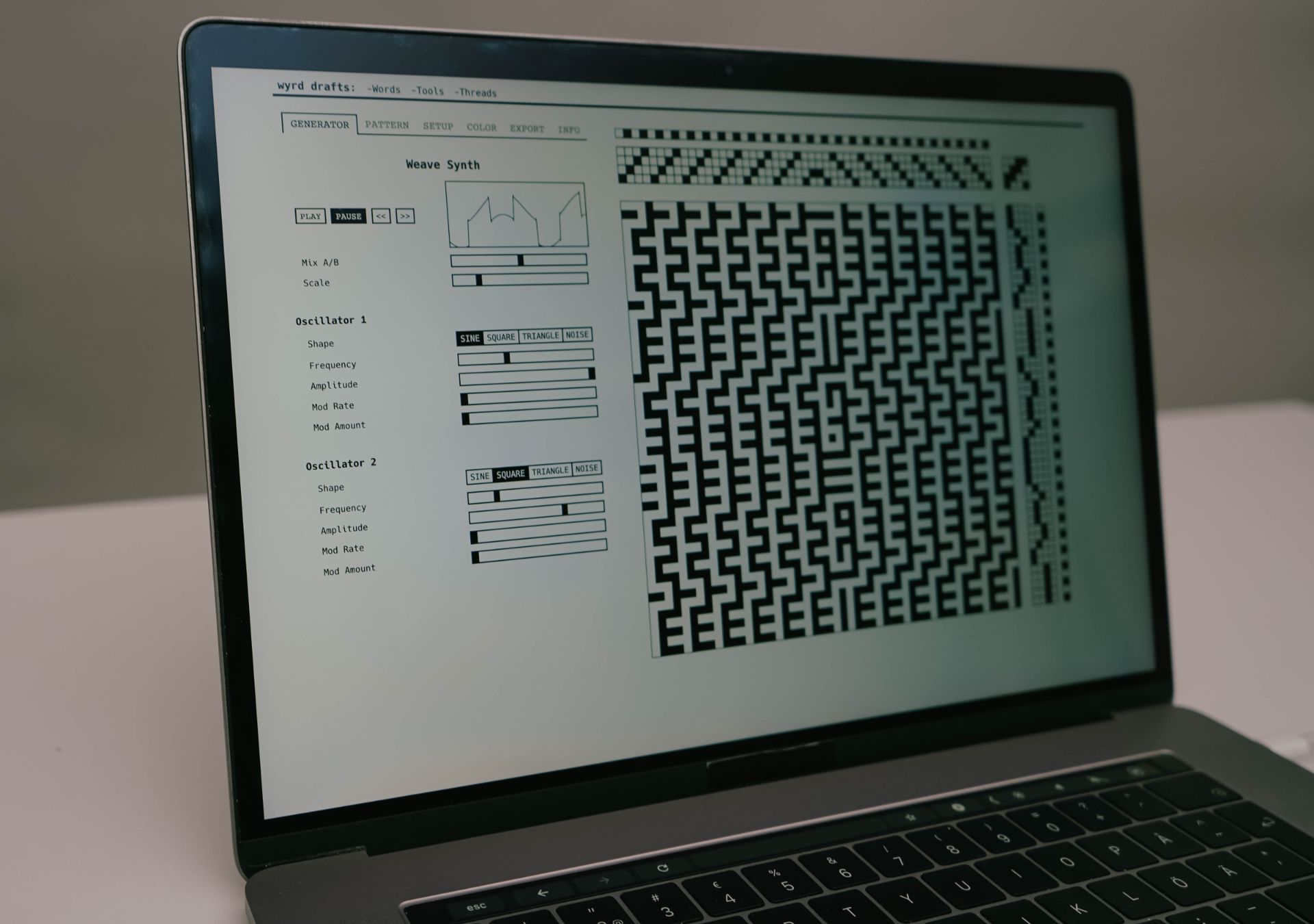 The tool that goes under the name 'Drifting Drafts' applies waveforms through a synth like user interface to create patterns. These patterns can then be repeated over either the threading or treadling of the loom in order to explore different ways to set up or treadle the loom.
One can configure the Tie-Up and settings of the loom as well as experiment with different color setups 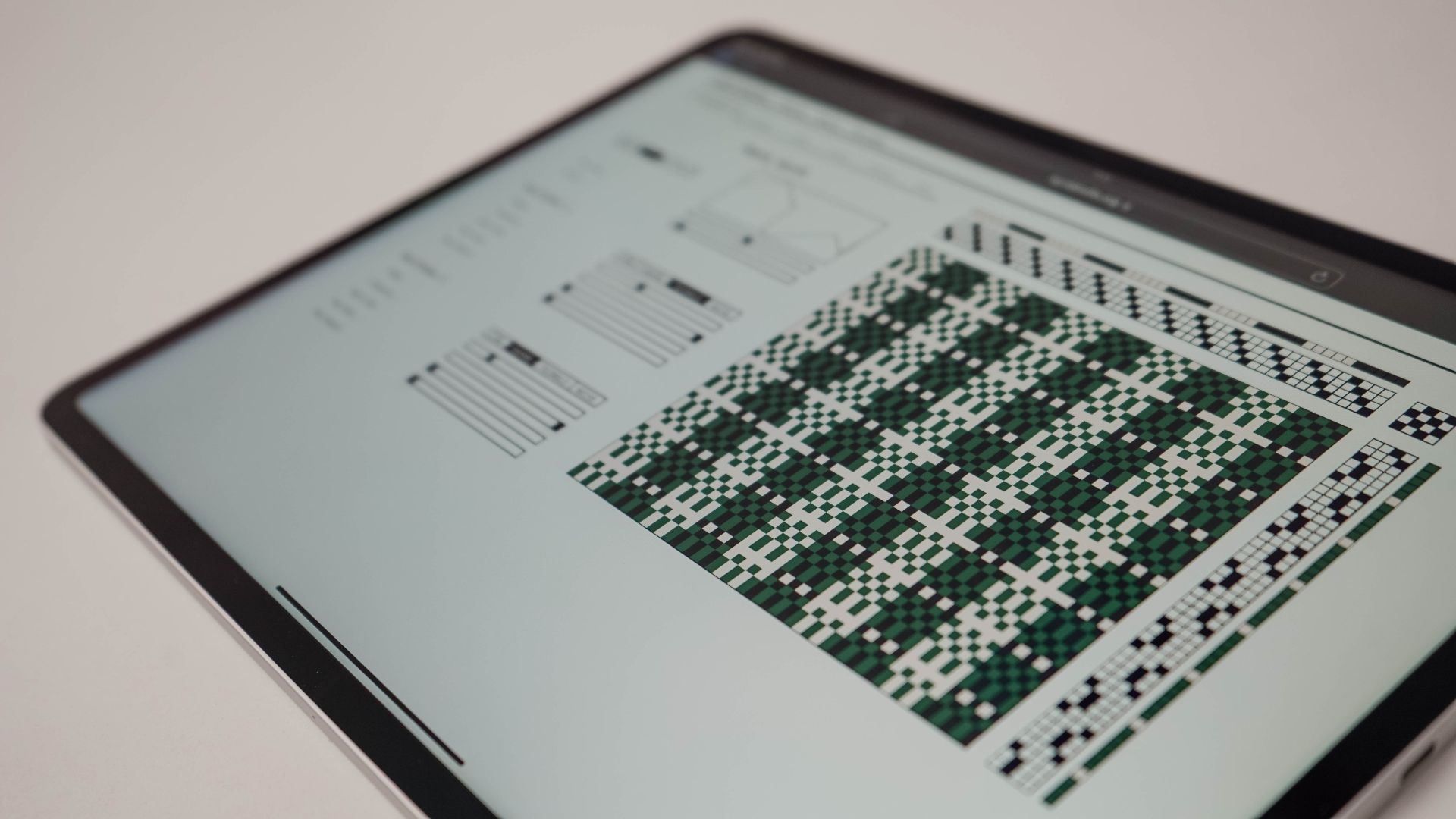 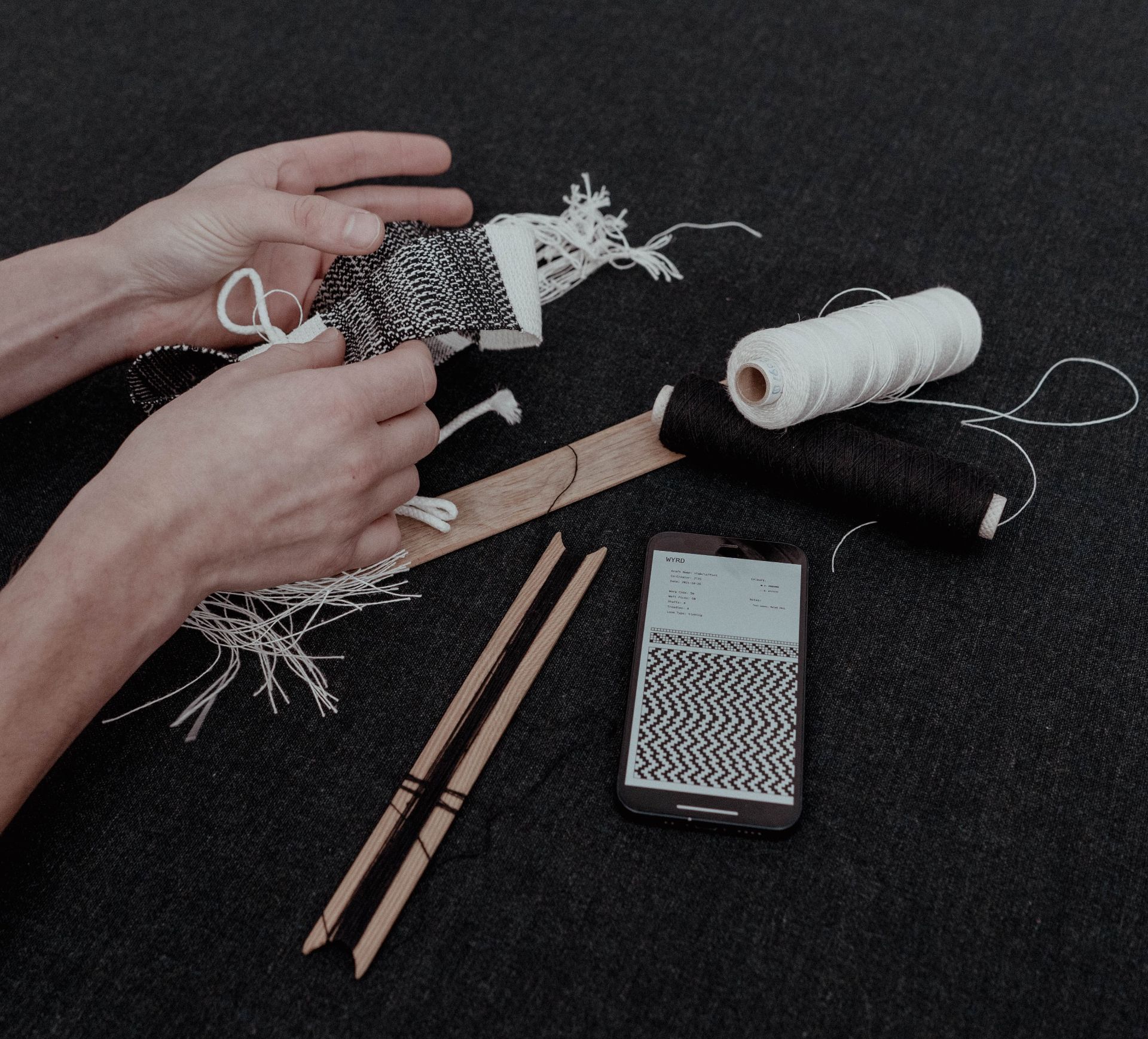 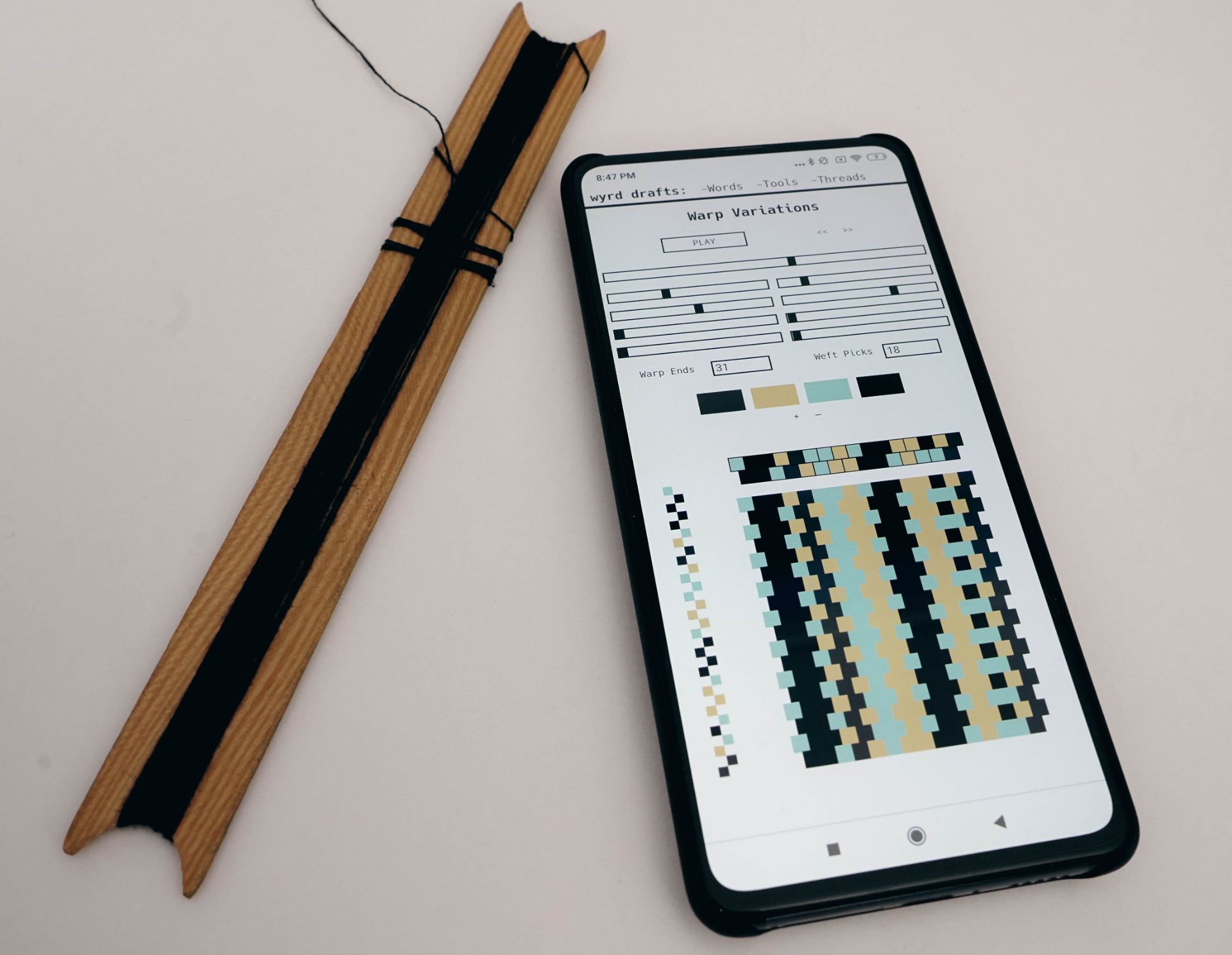 The second tool, 'Warp Variations', is a way to explore different color setups for the warp of a narrow band or rigid heddle loom.